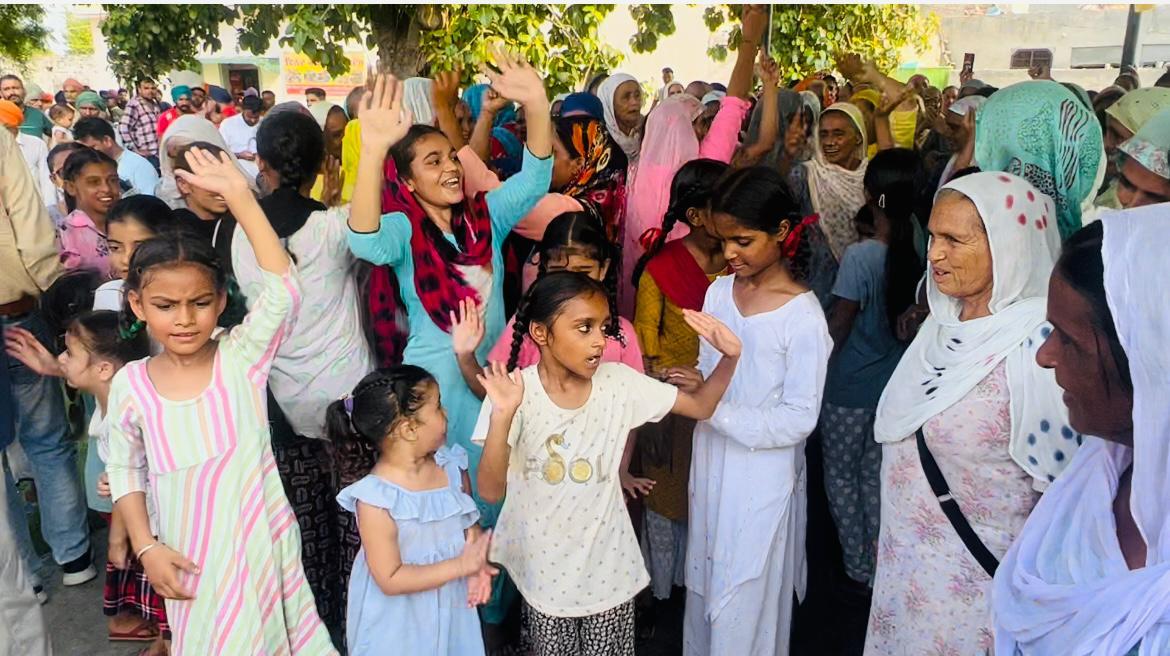 Bhangra, laddoos in Satauj, the birthplace of Bhagwant Mann : The Tribune India

When Chief Minister Bhagwant Mann got married, the people of his native village, Satauj, celebrated with great fanfare. The women sang Punjabi folk songs, while the men danced to bhangra rhythms and handed out ‘laddoos’.

“The whole village rejoices in the happy times of Bhagwant Mann, who is the son of Satauj. As he enters a new phase in his life, our best wishes are with him,” said Rishi, a youth from Satauj village.

Elderly woman Labh Kaur, who sang traditional Punjabi songs with great enthusiasm, said: “Majority of women joined in the celebrations. By becoming Chief Minister, Bhagwant brought laurels to our village. But we still felt that something was missing in his life. With the grace of God, he got married.

Another woman, Balwinder Kaur, said that during his last visit to Satauj, Mann spoke with them about the village’s problems and assured them of effective action.

“Bhagwant always greets the people of the village with respect. We hope he and his wife visit Satauj soon,” she said.

Besides the young and old, children were seen dancing to popular Punjabi songs.