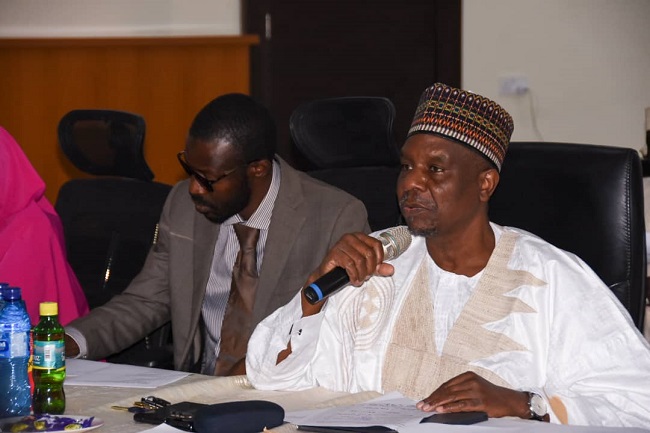 Worried about the continued dilapidation of its industries which have remained moribund over the years, the Bauchi State government has decided to cede ownership of six of these industries through privatization in order to revive them and make them functional again. .

The industries involved are the famous Bauchi Meat Factory, which in the 1990s supplied meat all over the world; Bauchi Furniture Company which previously employed hundreds of young people and sold its products throughout the country; Bauchi State Fertilizer and Blending Company as well as Zaranda Hotels and Towers; Wikki Hotels and Tours and Gallambi Cattle Ranch, renowned for supplying bulls to the meat factory and producing farm-fresh milk.

The disclosure was made by the Deputy Governor of the State, Senator Baba Tela, who is the Chairman of the Office of Privatization and Economic Reforms, while briefing reporters on the arrangements and progress made so far on Tuesday. .

Baba Tela was speaking at Government House shortly after the closing of the financial tender for the six struggling companies, saying the development was in the best interest of all state stakeholders to ensure the process went smoothly. carried out.

According to him, “the government is not only interested in selling the assets, but also in seeing them operate because it has realized that it is unable to manage them profitably”.

The Deputy Governor added that “if you look at all these places where they were working well before now, but today they are in a very bad state, so if you bring in someone who can make them look good, that will be fantastic.

He also said: “It’s the first round. More industries and entities have been planned and we will continue to do so as long as there are companies that need to be privatized.

Speaking after the opening of the financial bids, the State Government Secretary, Barrister Mohammed Kashim Ibrahim described the process as smooth and transparent, in line with due process under the Public Procurement Law.

Kashim Ibrahim has revealed that in the tender, one of the state’s top investors, AY Shafa, beat out two others to become the preferred bidder to land the Bauchi Fertilizer and Blending Company after bidding 80% of the shares at a price of N400 million.

He added that New Frontier was the preferred bidder to acquire 75% of Bauchi Meat Factory at N301 million, Galambi Cattle Ranch was acquired at N150 million by H&Y Global Ventures for the same amount.

The SSG also said that Zaranda Hotel and Towers had been leased for a period of 25 years to the preferred bidder, Butfield, who offered the sum of N1.2 billion just as he also beat other bidders to get the green light for Wikki hotels offered for 200 million naira for a 25-year lease.

Reacting to this development, the state chairman of the Nigeria Labor Congress (NLC), Comrade Danjuma Saleh, assured the workers that the state government had brought them into the process.

The state labor leader expressed hope that the privatization of state public assets would not result in the dismissal of workers in the affected entities and called on the state government to consider workers who worked for more than a decade eligible for retirement.

Efforts by successive state administrations to revive the industries had failed due to the lack of political will to invite private participation for the survival of the industries, thus rendering them moribund.

Start preparing your children for the recovery now