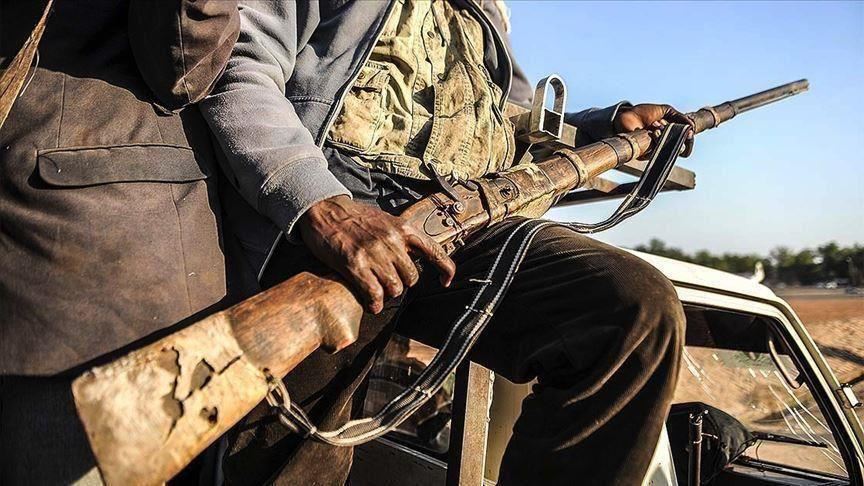 The Ansaru terrorists reportedly made a surprise return to Damari on Wednesday, which was under their occupation before departing for an unknown destination in July.

During the organization’s absence, the bandits reportedly spent a day on the ground repeatedly invading the village and surrounding communities and killing and kidnapping residents.

Tribune Online found that the bandit attacks forced hundreds of unfortunate residents to flee to other towns and villages.

However, with the recent military attack on Birnin Gwari forests, many bandits have moved to other areas of Niger, Zamfara and Katsina states. In an interview with the Saturday Tribune on Friday, Birnin Gwari Emirate Progressive Union (BEPU) President Ishaq Usman Kasai confirmed that the terror group had returned to Damari.

“They also killed many bandits. The bodies of the slain bandits and their motorcycles are still inside Damari town.

He said Ansaru terrorists, in their numbers, were now in the town, noting that “residents have started to leave the town because they are not sure what would be their fate with their presence”.

Meanwhile, BEPU revealed that bandits had taken three communities in the region of 12 million naira before they were allowed to continue harvesting their crops.

The union, in a statement from Kasai, said: “The bandits informed some farming communities including Kwaga, Kwanan-Shehu, Unguwan Liman and Unguwan Shekarau to pay levies amounting to 12 million naira (3 million naira each) so that they are allowed to continue harvesting their crops.

“These communities have been given until today (Friday), 30/9/2022, to fulfill the condition, failing which the bandits have sworn to kidnap anyone found on the farms. “The union has seen these helpless communities start making contributions based on the size of the farm to meet the condition and the deadline. “We therefore call on the Nigerian government to come to the aid of the destitute farming communities in Birnin-Gwari to enable them to access their farms and harvest their crops without any harm or intimidation.

“The Birnin-Gwari Emirate Progressive Union (BEPU) regrets to report that as farmers begin to harvest their crops, armed bandits are stepping up their attacks and imposing levies on some farming communities in the area. BirninGwari Local Government in Kaduna State.

“The union updates that the six people abducted from the agricultural center on Saturday (24/9/2022) who were from the Kwaga community, were released yesterday, Wednesday (28/9/2022), after providing the bandits with 20 Mudu of rice, 20 Mudu of beans, 25 liters of red oil, 25 liters of groundnut oil and N10,000 top-up card.

“Additionally, the four people from Unguwan Liman who were abducted on Saturday (24/9/2022) and one from Unguwan Shekarau, were released yesterday Wednesday after payment of N2 million and N500,000 respectively.

“The union is however pleased to report that the five farmers abducted earlier on Thursday 15/9/2022, in Kurgin Gabas and Sabon-Layi areas, luckily escaped from the kidnappers’ den in the early hours of Friday ( 9/22/2022).2022) after spending a week in captivity.

“Unfortunately, a farmer was killed in Shiwaka community on Tuesday (27/9/2022) after being tied to a tree; and more than 20 people were abducted yesterday (Wednesday 09/28/2022) from different farms in Jangali and Kwaga regions.

I want my wife out of my house, I gave her 50,000 naira for another accommodation —Husband