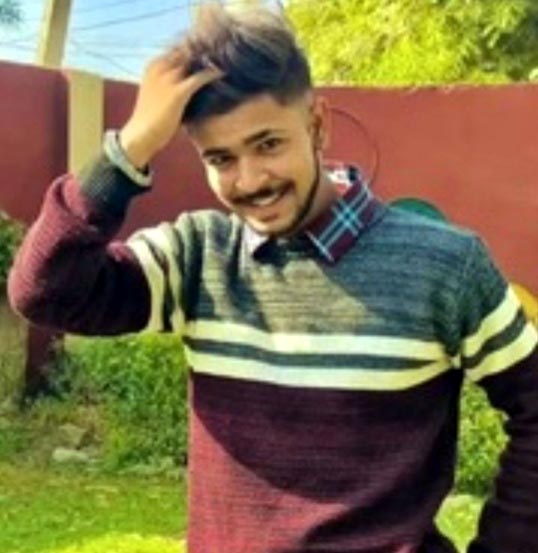 The 16-year-old boy, who disappeared late Monday evening, was found murdered on Wednesday in Fatehgarh Churian Road. The deceased was identified as Vijay (pictured), a resident of Nangli village.

Police recovered his body near the Food Corporation of India godowns on Fatehgarh Churian Road.

Nirmal Singh, father of the deceased, who returned from Dubai on Wednesday, said Bua Singh, his son’s friend, came to his house and asked Vijay to come and celebrate the birthday of one of his relatives. Kaka, another friend of Bua Singh, was also with them.

The victim’s mother claimed that Vijay did not return home until the next morning, but Bua showed up to return his scooter, but did not reveal anything about Vijay.

The police booked two people and arrested Bua Singh. Kaka would be free.

Balbir Singh, Deputy Superintendent of Police, said: “Vijay’s body was found around 1.30am near the FCI godown on Tuesday. The victim’s body bears gunshot marks on the right side of his chest. We have indicted two people for murder on the complaint of the family of the deceased.

Nirmal Singh has demanded justice for his son. Vijay had passed his Class XII and was planning to go to Dubai for work.

Senior police officials, who arrived at the scene, assured the family that the accused would soon be arrested. The police, however, claimed that there was no rivalry between Bua Singh and Vijay. Further investigations are ongoing.

Ludhiana: 3 leopard skins found in his house, a man arrested : The Tribune India