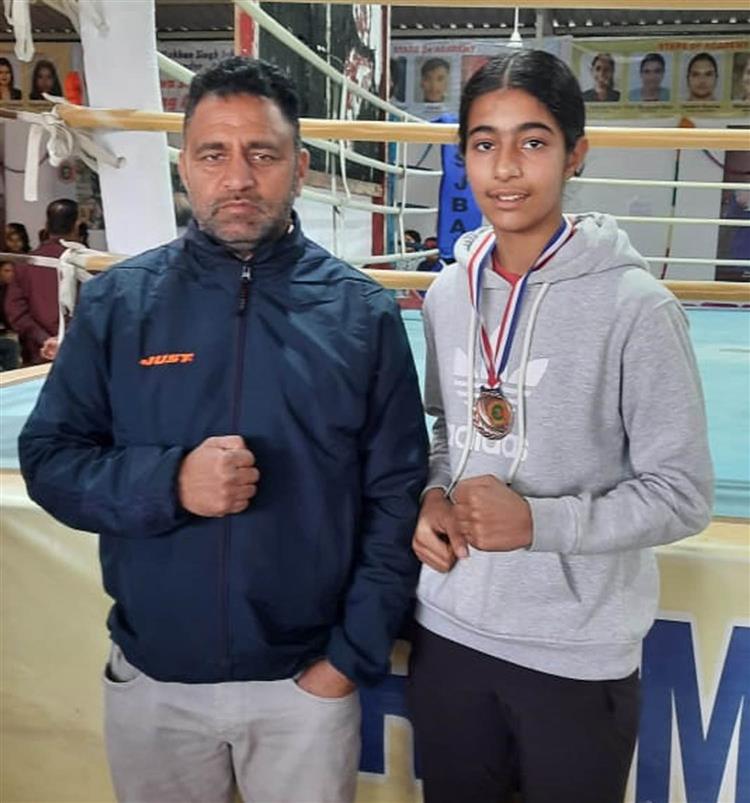 Born in a lesser-known village of Chohan with almost no sports infrastructure, Aasmeen Kaur, a class VIII student, made great strides in boxing by winning a broze medal at the Punjab state boxing championship sub-junior (52 -54 kg) held in Phagwara recently.

Compensating for the lack of infrastructure with his hard work and determination, Aasmeen has to travel to Amritsar, a distance of 30 km one way, to get coached at the Khalsa College boxing academy.

“Since the first confinement, I have been training at home. My family had created a small space for me. It’s not enough, but it still helped me in training,” said Aasmeen. As it was a big championship, she joined the academy led by coach Baljinder Singh for a month.

The 13-year-old started training three years ago. His father Harmandeep Singh said: “We did our best to provide him with the best training we could afford. With no facilities in our area, we have to spend two hours a day to take her to the academy and then bring her home.

Singh said she fell in love with boxing after watching matches on TV. “When she started training and people found out, everyone said what would happen if she broke a tooth or got a scar on her face,” he said.

“They were concerned that we would have difficulty finding a groom for her if she scarred her face,” Singh said. He said he was now proud to be the father of a national level player.