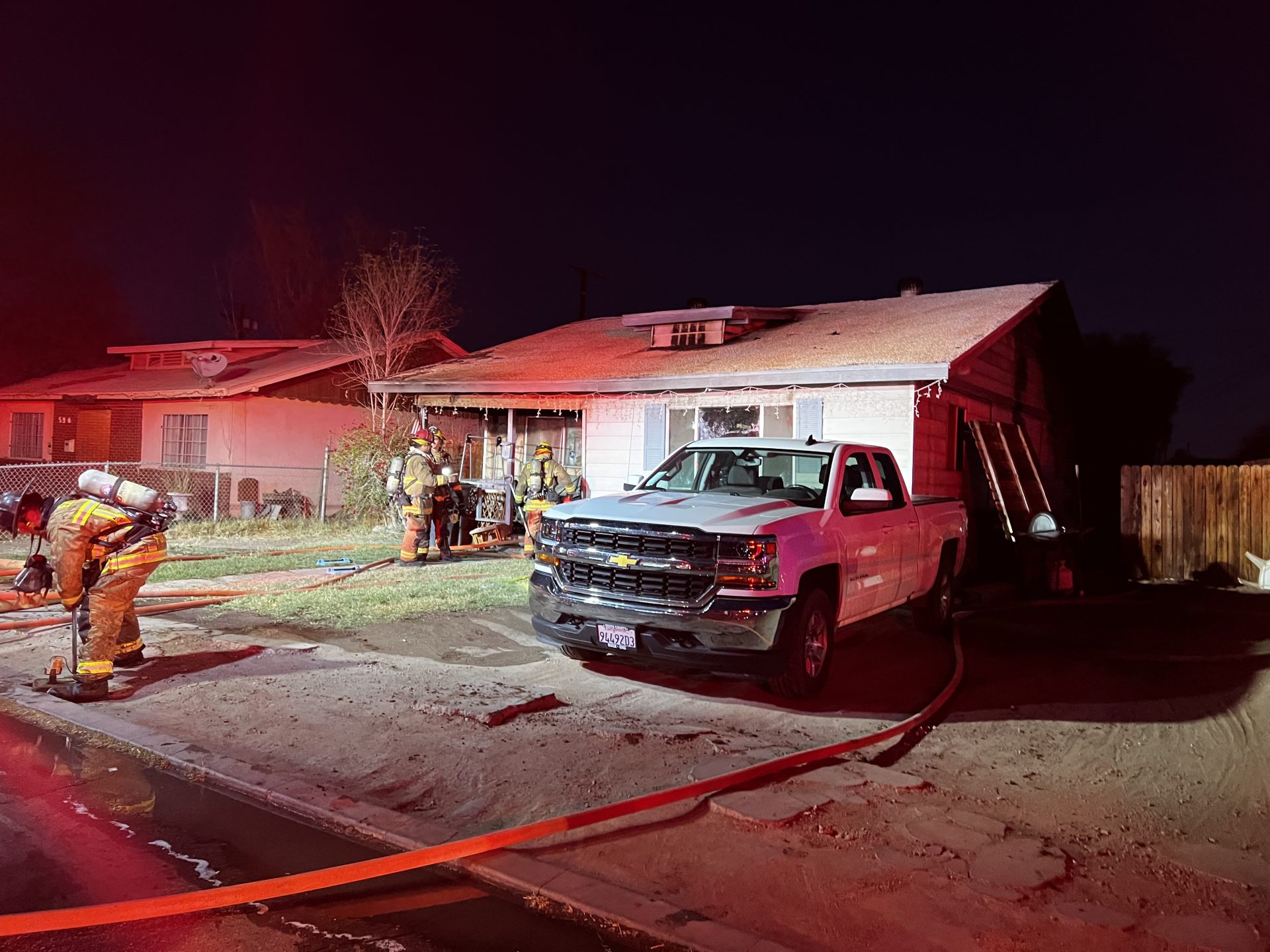 THE CENTER — Two people were displaced but unharmed when an early morning fire in the 500 block of Vine Street forced them from their two-story home.

The blaze, which was apparently visible at least two blocks away, was reported just after 5 a.m. on Sunday, February 13, according to a press release from the El Centro Fire Department.

The first crews from El Centro arrived within four minutes to find visible smoke and fire. A second mutual aid alert has been called, the statement said.

“Firefighters coordinated a fire attack by keeping the fire confined to the house, preventing the fire from spreading to nearby homes. The fire was brought under control within 20 minutes of the arrival of the first fire suppression unit on the scene,” the press release read.

Fire crews remained on the scene for about two hours watching for hot spots. The American Red Cross helped the displaced people.

Holtville, Imperial and Imperial County Fire Departments participated in the effort. The fire is still under investigation.