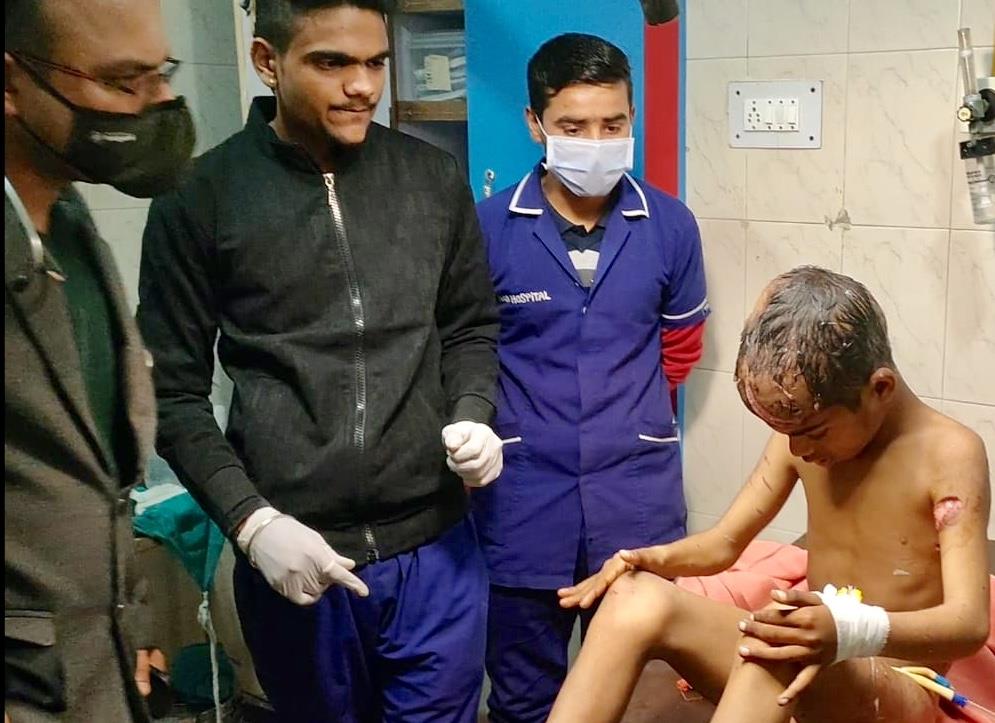 The family of a worker in Baurhai Kalan village in Malerkotla district urged relevant authorities to save the life of his 12-year-old son who was seriously injured after being mutilated by ferocious dogs on Sunday.

The family are trying to seek treatment in a private hospital with money borrowed from friends and relatives, allegedly due to the lack of facilities at the civilian hospital.

The boy’s family called for help as they alleged their child had fallen prey to the dogs due to the administration’s failure to control the threat from stray dogs.

However, the SMO of Rajesh Garg Civilian Hospital said no such patient had come to the two health centers. “But I spoke to the doctors at the private hospital and asked them to ensure the best treatment. We also assured them to provide medication, ”said Dr Garg, saying the injured child would be transferred to a higher government medical center if necessary.

Paramjit Kaur said his son Jagdeep was maimed by ferocious dogs as he ran to catch a kite on Sunday. Some villagers let Jagdeep bleed profusely in her home when she went to work for an owner. “I don’t know if he was attacked by stray dogs or any other dog. I only know that my son’s life is in danger and that we cannot afford to continue with expensive treatment, ”she said.

Doctors who treated the boy said he received multiple injuries to his body. – OC