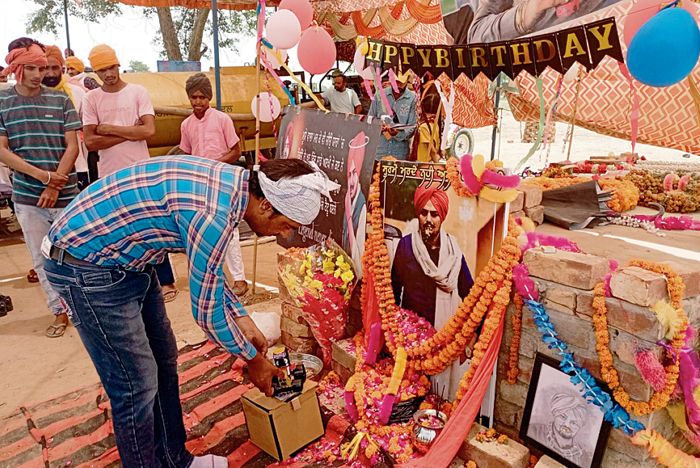 The family of slain singer Sidhu Moosewala shared a 41-second video on his Instagram account on Saturday to mark his 29th birthday. The video, which garnered thousands of views, showed the singer’s childhood moments with his parents.

Moosewala’s death left a void in the hearts of his fans, which was evident even to the “antim ardas” for him as thousands of people from diverse walks of life attended.

Moosewala has been trending on major social media platforms including Twitter and Facebook since last night as emotional fans showered their love on the singer, demanding justice in this matter. Many social networks organizations organized blood donation camps, tree planting campaigns and distributed turbans at Musa village in Mansa district. Villagers recalled how his fans came in large numbers for the cake-cutting ceremony last year. This time they organized 12 langars in his memory. A number of people also converged on his cremation site to pay their respects. Many young fans were seen carrying flowers and handmade cards. Hardeep Sidhu, President of Sikhya Vikas Manch, said: “Moosewala is not with us, but we will keep his legacy alive through meaningful campaigns. Sources said the singer has planned a birthday party with Gurdas Maan and others at his new home.

A young man from Jalandhar dedicated an ambulance to the singer. “Moved by a call from Moosewala’s mother, I have now started wearing a turban,” he said.